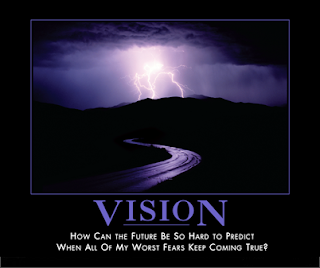 NIFTY - Two consecutive weekly close below 5000 confirm the downward target of 3700+. It may be one wave or two to three waves. This will be the correction for the first bull wave of 2300+ to 5300+(as such I presume, first bull wave was already over). After this correction we will going to see two more bull waves, which it will take the NIFTY to five digit figure. (exactly two years before i posted [dated 27 January 2008] titled "VISION OR MISSION" and still it is valid)
Read more
More posts