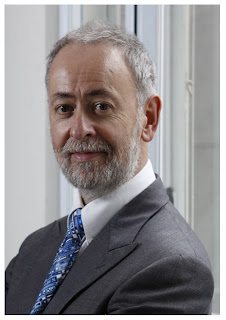 Jim Walker is the Founder and Managing Director of Asianomics Limited, an economic research and consultancy company servicing principally the fund management industry. Prior to establishing Asianomics in December 2007 he was the chief economist at CLSA Asia-Pacific Markets. He joined CLSA in late 1991. Over the years Dr Jim achieved numerous ‘best economist’ rankings in the Asiamoney, Institutional Investor and Greenwich surveys of fund managers. In the last few years he is best known for forecasting the US 2007 downturn and financial sector meltdown in his series of ‘Apocalypse’ reports. Before coming to Asia, he worked in his native Scotland as a research fellow at the Fraser of Allander Institute for Research on the Scottish Economy, and then at The Royal Bank of Scotland ’s Edinburgh headquarters. He holds a Bachelor of Arts Honours degree and a doctorate in economics from the University of Strathclyde , Glasgow
Read more
September 14, 2012

FINANTECH (908) - See Post Dated 04th Sep.As said in the post, it supported the mentioned level of 690 and from there already, as on yesterday, made high 919 so now it is marching towards the mentioned target of 955-975
Read more