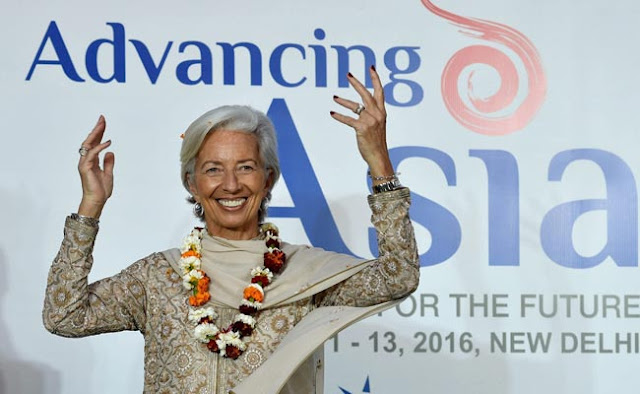 Appreciating continuing reform process in the country, IMF chief Christine Lagarde on Saturday said “India’s star shines bright” amid global economic challenges and can deliver nearly two-thirds of the worldwide growth over the next four years despite a slowing momentum. The world’s fastest-growing large economy, she said, is on the verge of having the largest and youngest-ever workforce and, in a decade, set to become the world’s most populous country. “So, India stands at a crucial moment in its history — with an unprecedented opportunity for transformation . Important reforms are already under way,” the IMF managing director said at a conference on ‘Advancing Asia: Investing for the Future’ here. “Think, for example, of Make-in-India and Digital India. And with the promise of even more reforms to come, India’s star shines bright.” “Over the next four years, even with a slightly declining momentum, it stands to deliver nearly two-thirds of global growth,” she added
Read more
More posts