-  this sector valuation may not be the same as seen in the last several years.  RBI tightens JLF rules, directs banks not to break any norms, threatens to impose penalties  Govt. cracks down on banking laggards with top 2 PSB demotions   Govt sees ordinance as a weapon to end banks’ paralysis over bad loans Onus on RBI as govt notifies new rules to tackle NPAs of banks
Read more 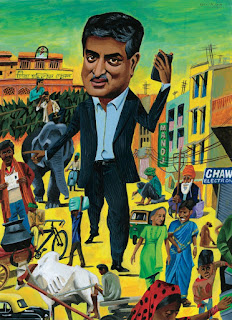 How big a problem is the current situation with the lack of a privacy law? I’m very clear that India needs a very modern privacy and data-protection law. And I’ve been saying this far longer than most people. Sometime in May of 2010, I wrote to Prime Minister Manmohan Singh that we should have a privacy law. And I followed that up. I asked Rahul Matthan (partner at Trilegal and a Mint columnist) and he helped. He worked with the department of administrative reforms and came out with a draft law and subsequently there was a committee under Justice A.P. Shah, and one of my colleagues (at UIDAI) Ashok Pal Singh was a member of that committee. They contributed to the framing of the principles. The only issue I have with the current narrative is, why should Aadhaar be singled out as a reason for the law? The biggest privacy risk that you have is your smartphone. A billion people will have smartphones as we go forward, their conversations will be recorded, their messages will b
Read more
More posts