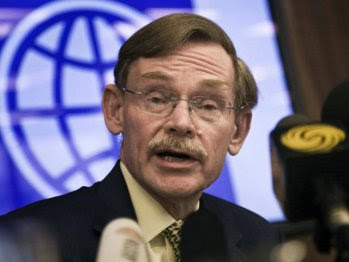 Robert Zoellick, President of the WORLD BANK World Bank chief Robert Zoellick warned of a "new and more dangerous" time in the global economy today, with little breathing space in most developed countries as a debt crisis hits Europe . Zoellick said the Eurozone's sovereign debt issues were more troubling than the "medium and long-term" problems which saw the United States downgraded by Standard and Poor's last week, sending global markets into panic. "We are in the early moments of a new and different storm, it's not the same as 2008," said Zoellick, referring to the global financial crisis. "In the past couple of weeks the world has moved from a troubled multi-speed recovery -- with emerging markets and a few economies like Australia having good growth and developed markets struggling -- to a new and more dangerous phase," he said in an interview with the Weekend Australian newspaper. People were in less debt than du
Read more
More posts