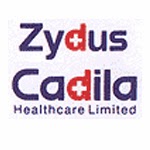 AXISBANK (1125) - Posted on 05th Feb support 1115-1090, as posted it holding this mentioned support in the last  7 days (it made lowest low 1098.55 on 06th Feb).  now what next ?  so support remain same at 1115-1090 above that upside target 1220-1240 in between resist at 1170-1180 *** Latest News :  The government is set to sell its stake in Axis Bank , which forms part of the SUUTI portfolio. Government will sell about 10.3 percent stake on February 14 via a block deal. In fact bankers are in the process of talking to high networth individuals (HNIs) as well as Qualified Institutional Buyer (QIB) for participation in the stake sale. According to sources, The government has also prepared a negative list of investors who will not be able to participate in the block deal . This means the final investors that come in will be after finance ministry’s approval. The government approved Axis’ proposal to raise its Foreign Investment limit to 62 pe
Read more