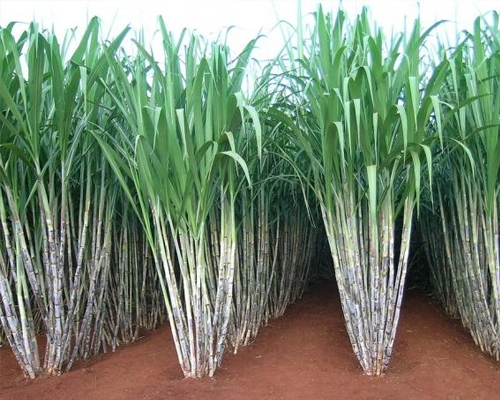 Sugar, once one of the sweetest areas of the commodities sector, is now turning bitter. Prices have hit a seven-year low as key drivers for the commodity, which can be used either to sweeten food or to produce ethanol biofuel, have gone into reverse.
Such is the state of the sugar cane market that local media in India have reported a rise in the number of sugar cane farmers committing suicide in the country’s main cane-producing belt because processing mills are refusing to pay producers pre-agreed prices.
Globally, sugar prices are trading at around 10.6 cents per pound. Despite farmers cutting back production and bad weather adversely affecting harvests in some areas, the market is expected to remain in surplus into next year.
This is happening even though food manufacturers are using more sugar to make products such as lemonade, ketchup and chocolate, according to Commerzbank research.
However, the International Sugar Organization (ISO) published new forecasts last week, revising up its expected surplus in the sugar market. ISO now expects a surplus of 3.37m tons of sugar this fiscal year, up from a previous estimate of 2.22m tons. ISO is forecasting that prices could now remain subdued for years due to the vast stores of the commodity which have accumulated.
Although production levels are expected to fall slightly in 2016, ISO expects the market to remain significantly oversupplied due to the 86m-ton stockpile of sugar which has already built up over the last five years. Next year, global sugar production is expected to decline by 1.1pc to 171m tons, while demand is set to grow by 2.4pc to 173m tons.
In its worse case scenario, ISO forecasts that the global sugar deficit could grow to 6.2m tons by the beginning of 2017.
However, this estimate does not take into account the potential impact to sugar crops from the emerging El Niño weather cycle.
According to Commerzbank, the phenomenon “could further weaken sugar production in the next two crop years. Even now periods of dry conditions are being seen in Thailand, the world’s second largest sugar exporter. It therefore remains to be seen what impact El Niño will have and whether this will ease the pressure on the sugar price”.
Drier weather is already hitting sugarcane harvests globally. In Brazil, farmers currently harvesting have complained about dry conditions and potentially smaller crop yields than in previous years.
Ethanol, another key driver for sugar prices, is also coming under pressure from the decline in fuel prices. Petrol and diesel are following oil prices downwards globally, reducing demand for ethanol, which was seen as an alternative to petroleum-based fuel.
Oil prices below $40 per barrel for a prolonged period will continue to weigh on the market for sugar cane, which is also used to produce ethanol.
In Brazil, pump prices for ethanol compared with gasoline have also fallen to a five-year low as the fuel is increasingly discounted.
Although ethanol production is expected to increase by 67pc over the next 10 years, this won’t be enough to soak up the glut of sugar which has built up in silos over the past five years. However, by 2022, biofuel production is expected to consume around 28pc of the total world production of sugarcane, according to research from Macquarie.
Sugar is following a range of other commodities lower as years of overproduction have built up huge stockpiles. According to Bloomberg, the current downturn has wiped over $2 trillion off the value of listed resources and energy companies over the past year. The Bloomberg Commodity Index, which tracks the prices of 22 different resources, has fallen to its lowest level since 2002 amid the rout.
Analysts also expect European-based sugar companies to struggle amid weakness in prices.
In a note to investors, analysts at Liberum said: “If stock levels continue to decline, prices could firm up a bit but we do not expect a large pick-up.
“We expect European Union sugar profits will grow further when efficient processors like British Sugar can offset lower prices with increased volume winning share from less efficient EU producers and high-cost sugar imports.”
------------------------------------------------------------
Credit : THE TELEGRAPH