Fortunately, between 2015-2017, both stocks behaved exactly as for as price behaviour and time frame concerned.  even though both stocks were handled by the different set of people.

That is why apart from everything, "monitor the price movement and go on study the price behaviours because human behaviours never change even after  decades and decades"

Either study yourself or associate who studying it
for mutual benefit.
I am ready, Are you? 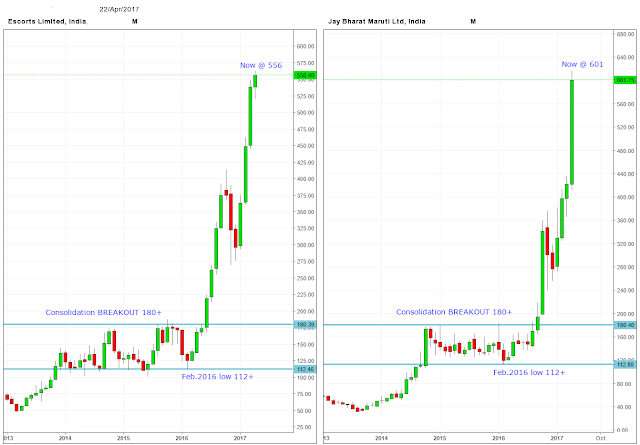