UTTAMSUGAR (206) As for as this stock concerned, the journey started from the first & formidable entry EDGE of 35 on 01st April 2016 and as of now at 206,
already 4 extensions given and yesterday gave the 5th and the final extension.

This was the message dated back to April 2016 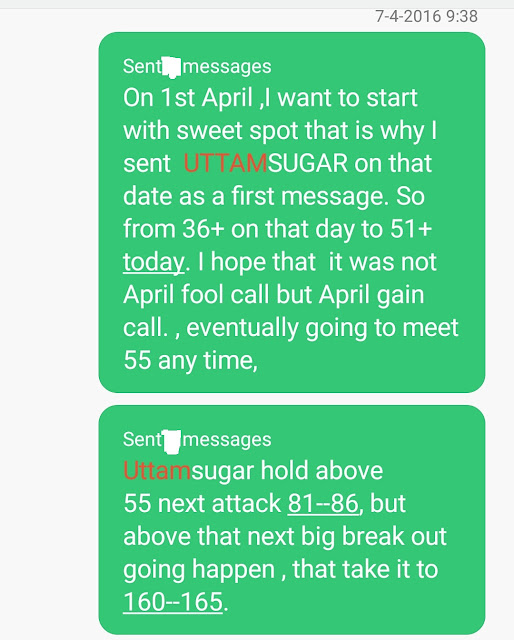 After 16 months, Can see its price move in the below picture. Since April 2016 to till now 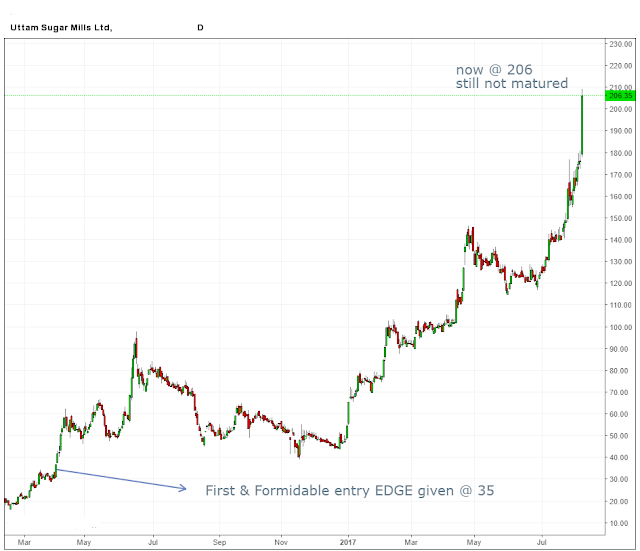 As for as sugar sector concerned,
The rally started from Oct.2015 onwards.
Already 2 legs of rally completed and
now the 3rd and final leg are going on...

Probably, it may end between the second or third
quarter of next year.

Think so, Let us see.