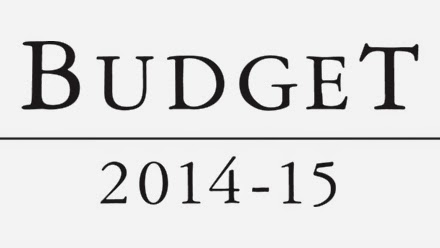 Finance Minister of India, while presenting his maiden budget said, decisive vote for change represents the desire of the people to grow, free themselves from the curse of poverty and use the opportunity provided by society. Country is in no mood to suffer unemployment, inadequate basic amenities, lack of infrastructure and apathetic governance, he added.

FM said, “The situation is challenging, due to sub 5% growth and double digit inflation. Continued slow-down in many emerging economies is a threat to sustained global recovery. A recovery was visible with the growth rate of world economy projected at 3.6 per cent in 2014 vis-à-vis in 2013.”

“First budget of this NDA government to lay down broad policy indicators of the direction in which we wish to take this country. Steps announced are only the beginning of the journey towards a sustained growth of 7-8% or above within the next 3-4 years, along with macro-economic stabilization.

Deficit and Inflation
Decline in fiscal deficit from 5.7% in 2011-12 to 4.5% in 2013-14 was mainly achieved by reduction in expenditure rather than by way of realization of higher revenue. Improvement in current account deficit from 4.7% in 2012-13 to year end level of 1.7% was mainly achieved through restriction on non-essential imports and a slow-down in overall aggregate demand. He stressed the need to keep a watch on CAD.
A 4.1% fiscal deficit is a daunting task in the backdrop of two years of low GDP growth, static industrial growth, moderate increase in indirect taxes, subsidy burden and not so encouraging tax buoyancy.

Here is what the finance minister has given :