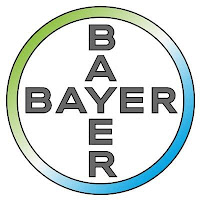 As Bayer AG  joins the agricultural sector's scramble to consolidate, its bid for Monsanto Co  may be a tipping point for U.S. farmers, federal lawmakers and regulators concerned the tie-ups may harm the farm economy.
If Monsanto accepts Bayer's unsolicited offer, experts say, the deal would inevitably trigger a review by federal antitrust regulators. But that review would be slowed down by the fact that two other major mergers of the companies' rivals are also underway.
Farmers and lawmakers say a Bayer-Monsanto deal could be one too many for an agrochemical and seed market where prices have risen and, say critics, innovation has suffered after it shrank to just six large players.
Jeffrey Golman, vice president at Mesirow Financial, said the sheer size, scope and number of these deals would inevitably slow regulatory reviews and potentially complicate the process of finding buyers for divested assets.
"I can't imagine that this could get done before the third or fourth quarter of next year," he said.
A global downturn in grain prices and a strong dollar have reduced U.S. farm income and prompted farmers to cut spending. That has eaten into sales of the big six agrochemical and seed companies and now they are trying to shore up profits through mergers and partnerships.
DuPont  and Dow Chemical Co  agreed in December to an all-stock merger valued at $130 billion at the time, in a first step toward breaking up into three separate businesses. In February, state-owned ChemChina agreed to pay $43 billion for Swiss seeds and pesticides group Syngenta AG
Late on Wednesday, Monsanto confirmed that German drugs and chemicals group Bayer made an unsolicited takeover offer, aiming to create the world's biggest agricultural supplier.
Analysts at Bernstein say that in order to clear antitrust hurdles to acquire Monsanto, Bayer would likely need to sell part of its cotton and vegetable seeds segments and a category of weed killers called non-selective herbicides.
BASF  the only one of the big six not currently in the deal mix, "looks like the only potentially credible buyer" left for some of these assets after the mergers, said Peter Carstensen, a retired law professor.

Farmers, too, are unhappy as they have been squeezed by lower commodity prices and high land rents.
"If one or two people control all the traits, there really isn't a lot of competition there," said Dean Coleman, an Iowa farmer. "If you have half a dozen strong players it keeps them trying to provide the best for you and trying to get your business."
The sector's top companies have been gobbling up smaller players over the decades, a shift initially led by Monsanto's push to grow its seed business in the 1990s. Collectively, the six companies have acquired more than 200 businesses globally since the mid-1990s, according to Fitch Ratings.
The ChemChina-Syngenta deal faces added scrutiny from the U.S. Department of Agriculture, which is joining a U.S. government panel set up to vet the deal.
Bayer's bid, which Monsanto confirmed it received late on Wednesday, has already prompted one leading farm state lawmaker to call for the Justice Department to keep a close eye on all of the deals.
"The Bayer-Monsanto talks only heighten the possibility that the industry, farmers and consumers could be adversely impacted by this consolidation trend," U.S. Sen. Chuck Grassley of Iowa told Reuters.
Now, Grassley said, "The Justice Department's role to ensure a competitive marketplace is even more critical."
The National Farmers Union, an industry group that has already come out against a merger of Dow and Dupont, will likely oppose Bayer's bid for Monsanto, said President Roger Johnson.
Such opposition matters to regulators, as antitrust enforcers by law must focus on the effect of a merger on customers - and farmers are these companies' customers.
For Missouri soybean farmer Roger Allison, the thought of regulators halting the deals is a hope he clings to. Years ago, when there were hundreds of small seed dealers and suppliers, salesmen clamored to deliver to his farm.
Now he is the one who has to travel far to get the seeds he wants.
"I can't think of one merger that has ever helped family farmers," Allison said. "It might have helped the bottom line of these multinational corporations. But it restricts who farms and who doesn't."