Know When To Use Your Head Or Listen To Their Heads 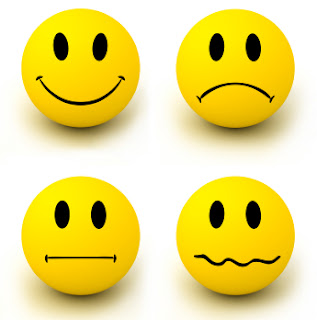 When we analyse a trader’s brain—it is no different from an average human brain! Do you trade emotionally? Or do you consider yourself to be a logical trader? Traders’ psychology–irrespective of their trading strategies–can be traced along a spectrum of absolute emotionless logical thinkers to those who base their trades on emotions. Striking a balance between the two is what most traders struggle with.
An ingrained fight or flight response is a part of who we are as humans. In the investing world, this feeling of fear or greed is called a gut-feeling or a trader’s instinct. A trader might have a certain inkling—irrespective of an independent tip or a relationship manager’s advice—that the stock that she/he has invested in is going to soar or drop—that is part of emotional trading.
Emotions are not only limited to an individual when we talk about the stock market behaviour. All the markets are governed by collective emotions of traders as a group. There is a school of thought that considers the entire stock market to be a trend of human emotions. This belief is based on behavioural economics i.e. a field of study that specialises in analysing the impact of human behaviour and emotions on the markets. When traders feel that the markets are doing well, then people start buying whereas when there is a feeling of restlessness or distrust in the future of the market—there is a rush to sell, even if the prices are too low.
Markets go through swings—they have their highs and lows—and being able to predict that or anticipate how the markets would behave is where an ideal trader is successful because knowing the market emotions goes a long way. When a logical trader studies market trends–she or he is basically delving deep into human emotions and behaviour. In a way, psychology and trading are not mutually exclusive.
Just because you study people’s emotions–it makes you a logical trader. Logical trading basically means that you approach your financial decisions through a lens of practical thinking which is based on research, understanding of the market trends, statistical models and technical analysis. When analysts say that there is no place for emotions, they’re oversimplifying the situation, because it’s impossible to ignore your emotions. Not taking financial decisions when you are overcome with emotions of greed or fear is a valid point. However, being emotionally aware is a part of logical trading! In-depth study of the markets and an overall understanding of factors that influence different sectors helps in making sound decisions for the long-term.
Markets are run by emotions. Tracking human behaviour and anticipating people’s emotions gives a trader an edge in the market. If every trader ignores their instinct and trusts logic at all times–he is going to be out-of-touch with the market sentiment which might do him more harm than good in the long run. Ignoring one’s instinct amidst the noise of people asking you to stay completely emotionless is impossible. Instead, understanding that people’s feelings run the market–can help you make logical decisions based on these emotions.
-------------------------------------------------------------------------------
CREDIT :