Graphite Electrodes - It is Hot now but identified in Jan & June itself.

Graphite electrodes manufacturing companies are the hot theme now but these are all already moved up 3 to 4 X in this year itself. Most of the market participants talking about it now.


but as for as GRAPHITE INDIA concerned, identified on 09th Jan 2017 itself,  when it was trading at the first and formidable entry edge of the 90+ level 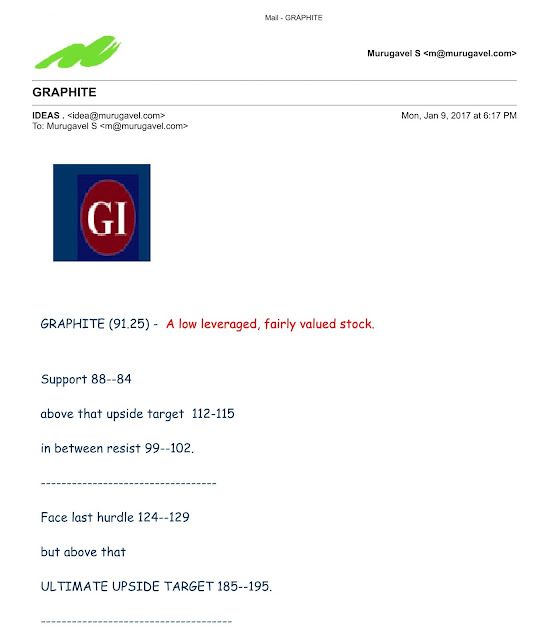 and after the above email, already 3 to 4 follow-up extended targets given, including the latest one on 14th Sept. with a  target of 325 which was also met on 15th Sept itself. 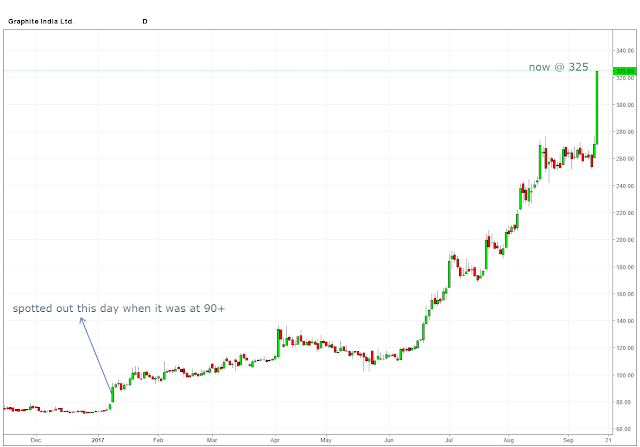 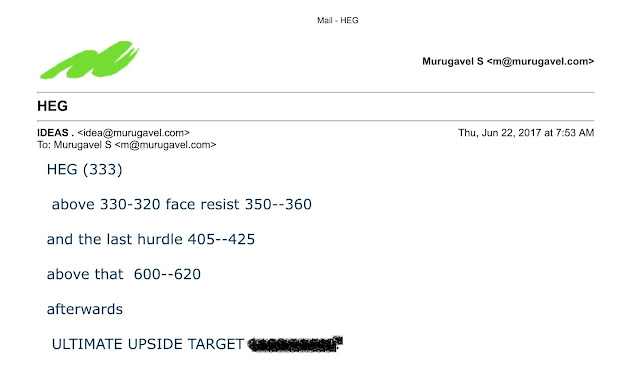 as on last Friday, it was upper locked at 819.40
still, the said ULTIMATE is due (eventually it will come). 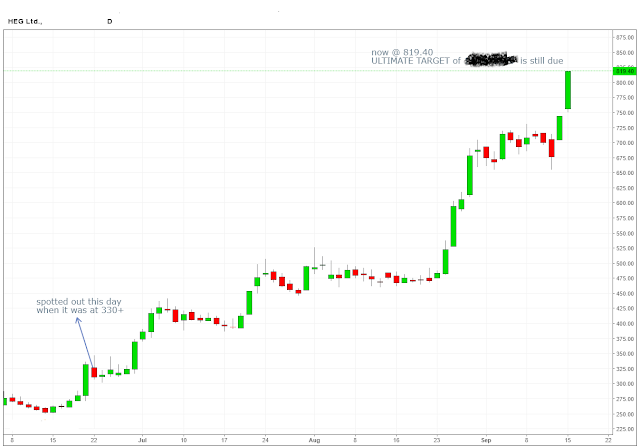