In 1999, Harsh Mariwala, the Chairman of Marico received a call from Keki Dadiseth, the then Chairman of HLL (Hindustan Lever, now Hindustan Unilever or HUL). HUL, the granddaddy of the Indian FMCG (Fast Moving Consumer Goods) industry had decided to enter the hair oil segment through its brand ‘Nihar’. The segment was dominated by Marico via its brand ‘Parachute’. Flush from its success in dislodging Colgate as the market leader in the oral care segment, HUL wanted to dominate the hair care segment and intended to buy ‘Parachute’, the crown jewel from Marico.

“Mr Mariwala, I will give you enough resources to take care of you and all your future generations. But if you do not sell… ". Mr Mariwala’s reply was firm, " Mr Dadiseth, you may think I am a nut but you will find I am a tough nut to crack. Thanks, but no thanks.”

This David and Goliath battle ended in 2005 when Marico purchased the ‘Nihar’ brand from HLL. How was Marico able to maintain its dominance in the hair oil segment and protect itself from the invasion of the dominant HLL? It was primarily due to Harsh Mariwala’s fanatic focus on creating a great employee culture. To understand how we need to go back and understand a little bit of history.

Harsh Mariwala started his career in Bombay Oil Industries (BOI), the family business run by his father and three uncles. He is the eldest son of his father, who himself was the eldest among his ten siblings. Since his early days, Mr Mariwala valued his education and thus planned to do an MBA after his graduation. But he was unable to get into any of the good colleges in India. His wish to do an MBA abroad was shot down by his father. And so Mr Mariwala was funnelled into the family business.

The business was run entirely by the family members and their acquaintances and the operations were quite unstructured. Ever eager to learn about business, Mr Mariwala moved across various business units and simultaneously read various business books and attended short business courses. They had already launched Parachute, but it was more a B2B business with the coconut oil being sold in tins of 15 litres to wholesalers. However, he heard of some of his distributors in distant cities who were distributing the oil in smaller packets to retail customers. He visited the distributors and figured out that Parachute oil was seen as a superior product compared to its competitors with a rich aroma, better clarity and purity.

Armed with this insight Mr Mariwala went all out in establishing Parachute as a retail brand by selling retail packs to the expanding distribution network, improving the packaging and investing in marketing. In those times, oil was sold in square tins to wholesalers while Mr Mariwala was keen on introducing plastic packaging which was cheaper and would give a more premium look to his brand. But plastic was not used because rats loved coconut oil and could gnaw through square plastic tins. Mr Mariwala hired a professional who came up with a simple solution - round bottles, which would ensure rats would not be able to grip on the plastic. 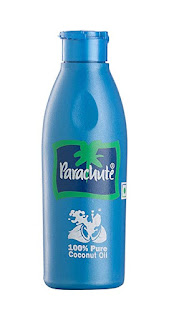 Despite the retail venture generating better margins and decreasing the concentration risk, Mr Mariwala had to grow slow due to the intricacies of family politics. It took him around 10 years to set up a distribution network around the country. During this period Mr Mariwala continued to hire talent when he could. His experience over the years with professionals convinced him of their necessity in the business. But his attempt at professionalizing the family business was handicapped by the reporting complexities - which family member do they report to? This was compounded by the fact that around this time four of his cousins joined the business and in the business, while there was authority for each family member there was no accountability. Another issue was that while the family wanted the consumer business to grow they were unwilling to invest heavily in the brand or on employees. They wanted a bountiful harvest but did not want to make the efforts to sow.

Mr Mariwala took the lead to resolve this issue and in the end, the parent entity was divided into four units in 1990. Each branch of the Mariwala family held stakes in all the units but each unit was run by a CEO from a particular family.

The consumer products division of Bombay Oil was named Marico Industries and was headed by Harsh Mariwala. 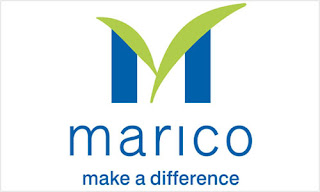 This gave him enormous freedom to pursue the course he felt was right. But however, while the division of the business gave him operational freedom, capital allocation decisions were still taken together as a family as each branch of the family held 25% each in each of the business units.

This limitation of capital meant Mr Mariwala had to choose between launching new products or building a strong organizational culture. Mr Mariwala focused on creating the right team to take Marico to the next level. One of the earliest decisions was to hire Jeswant Nair from the family-owned but professionally run Asian Paints as the Head of HR. This improved the perception of Marico among professionals. He then got an HR consultant to create a new organizational structure which gave clear responsibilities for each role. This was done to move away from the ambiguity faced in the earlier period.

In order to attract professionals, Mr Mariwala even changed the head office (HO) of the company to Bandra, which was an upcoming locale then. Though South Bombay was the more popular commercial destination, the rents were exorbitant and reaching it required long commutes in overcrowded trains from the suburbs. Bandra was closer to the suburbs and company accommodation was provided to management hires as well. This focus on the quality of family life by the company improved the employee morale and was a great hit in the job market as well. The Bandra office was also an open office, and according to Mr Mariwala, probably the first open office in India.

Once the office was set up, he involved himself in defining the Marico culture. This need was felt as there was a mix of cultures in Marico with employees coming in from various organizations. He was clear that the organization would not fall into nepotism. He hired consultants and worked with various small and large teams to develop a document which defined the culture in Marico. To ensure a culture of trust was built in the organization, Mr Hariwala did away with the daily signing of the attendance register. Marico also did away with the concept of sick and casual leaves (employees could take leaves when they wanted), which is exceptionally rare in India even today.

Next, given he was recruiting MBAs to the organization, Mr Mariwala then wanted to ‘speak their language’. He decided to complement his experience in running the business by learning from MBA professors himself. He engaged Labdhi Bhandari, the Marketing Professor from IIM-A (a premier management institute in India) to teach him marketing. The professor, who was busy during the day with his classes was free only at night, so Mr Mariwala would fly to Ahmedabad from Mumbai in the evening, learn under the professor and return to Mumbai early next morning.

Mr Mariwala and his youngest uncle eventually bought out the stake of the other members in the early 1990s and listed the company in 1996. It was this meticulously built professional organization with a strong organizational culture and a popular product that HUL challenged in 1999. Even though most considered the outcome of the battle to be a foregone victory in favour of HUL, Mr Mariwala had faith in the team he built and decided to fight it out.

While Marico had the advantage of a good quality product backed by a strong brand, HUL enjoyed a much stronger distribution network and a great marketing team. While the professionals and Mr Mariwala were confident of the position of Marico, the front line sales force were not so sure of locking horns with the FMCG giant. And it is the field force that mattered, as FMCG battles are fought on the ground. The team at Marico came up with a war based theme called ‘Parachute ki Kasam’ (in the name of Parachute) to galvanize the field force. The launch itself was prepared like a battlefield with a tunnel-like entrance and the room decorated like a war room. The team even created a motivational video which was played to the field force. And it worked. The field force went on the battleground and defended Marico’s territory aggressively. The corporate team also gave full support and exclusive telephone lines were set up to get information from the field and react quickly to competition’s initiatives.

HUL launched Nihar with an aggressive marketing campaign and used its considerable communications and distribution strength to dislodge Parachute. While Nihar was able to win a 12% market share in the first few years, it was not at the expense of Parachute. Eventually, the share stagnated and the brand was sold off to Marico.